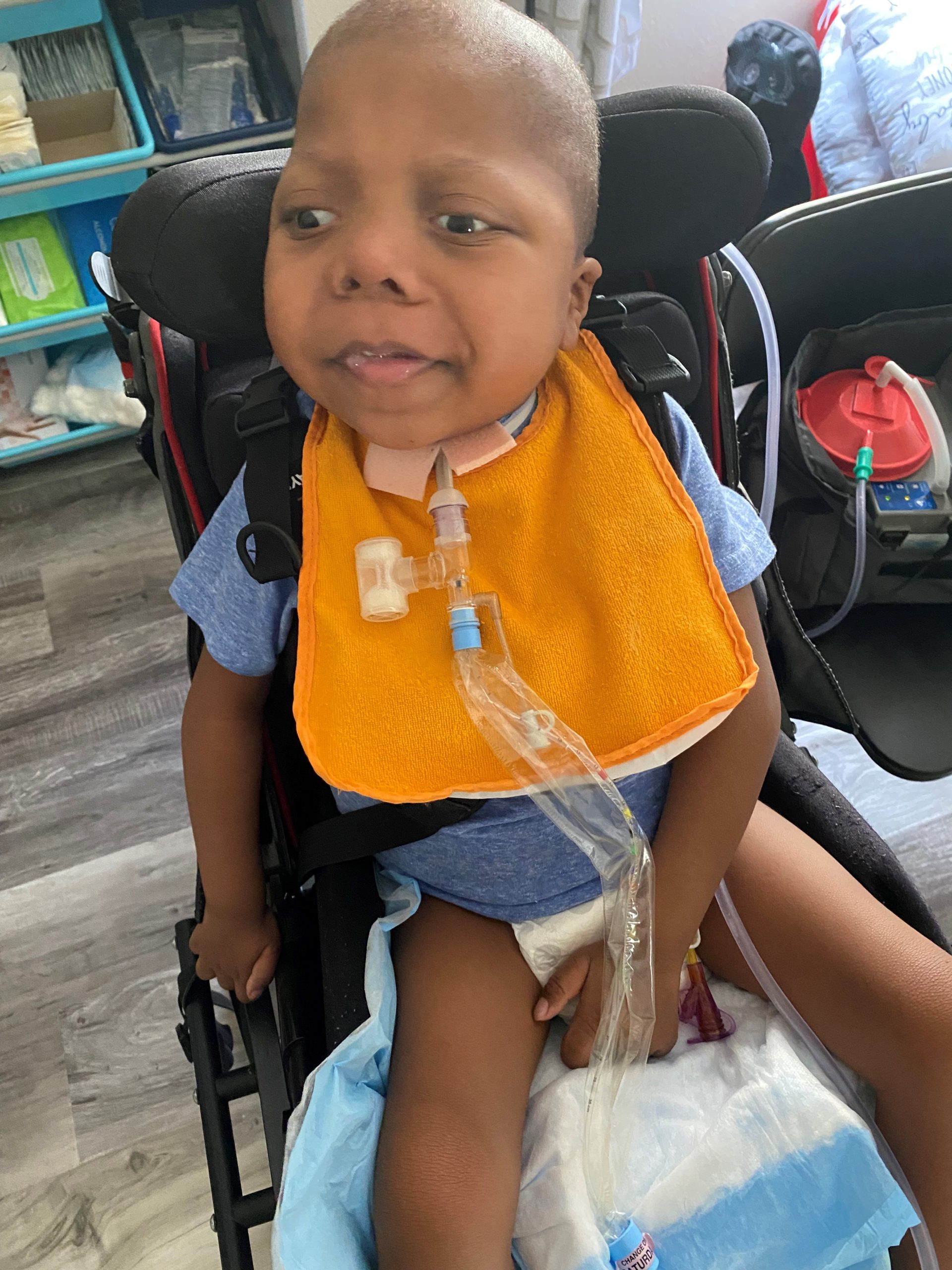 Meet four-year-old Jackson. He was diagnosed at birth with cerebral palsy and a very rare genetic disorder known as CFC syndrome. The latter affects numerous parts of the body, including the heart. He coded at 18 months old and suffered from brain damage. He spent three months in the hospital. His trials do not end here. He currently endures daily seizures that range in magnitude. He is cognitively delayed and nonverbal. Jackson has a gait trainer, but he can only hold himself up for a few seconds on the equipment. He has more challenges, but his heart is miraculously calm.

Jackson prefers pastimes that are soothing. He listens to relaxing soundscapes and music—his favorite song is “You are My Sunshine.” His mom reads books to him every day. if she cuddles WITH him during Storytime, then that is even better! His favorite activity, however, is swimming or sitting in a bathtub. He also likes taking strolls to soak up a little sunshine. Jackson is a brave and strong boy. He has endured much in his short years and continues to experience more hardships. This makes him remarkable. He fights for the simplicity of serenity. As often as Jackson wants to be held and comforted, we always hold him close to our hearts.

Jackson needs a Splashy chair that will provide better support and comfort for bathing. The chair is also specially designed for children to have fun in the water. Please be Jackson’s sponsor!