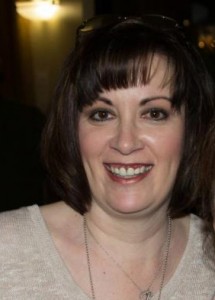 A California native, Kim graduated from California State University, Fullerton with a bachelor’s degree in journalism and worked briefly for an Orange County newspaper before she and her husband, Randy, moved to Florida in 1994. After working for a national children’s charity for over 3 years as a writer and editor, she then spent 10 years at a national advertising agency first as a writer, then earning the title of Production Director.  Her husband Randy has had a lifelong career in professional baseball as both a player and a coach, and is currently the bench coach of the Washington Nationals. Kim has traveled the country and the world visiting Randy during their 22 year marriage, seeing such places as Venezuela and Australia. However, her happiest times are at home during baseball’s off-season, spending time with him and their 2 cats, and traveling back to California to visit family and friends.