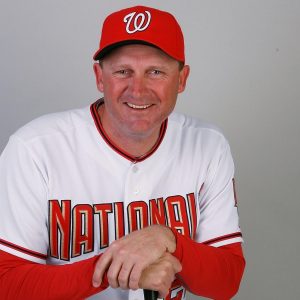 Randy and his late wife, Kim were instrumental in the formation of Wheelchairs 4 Kids.  Kim was our first President.  Randy chairs our golf tournament each year in memory of Kim and involves many of his MLB friends.

Randy resides in Tampa with his fiancé, Tammy Alter, and their two adorable dogs.