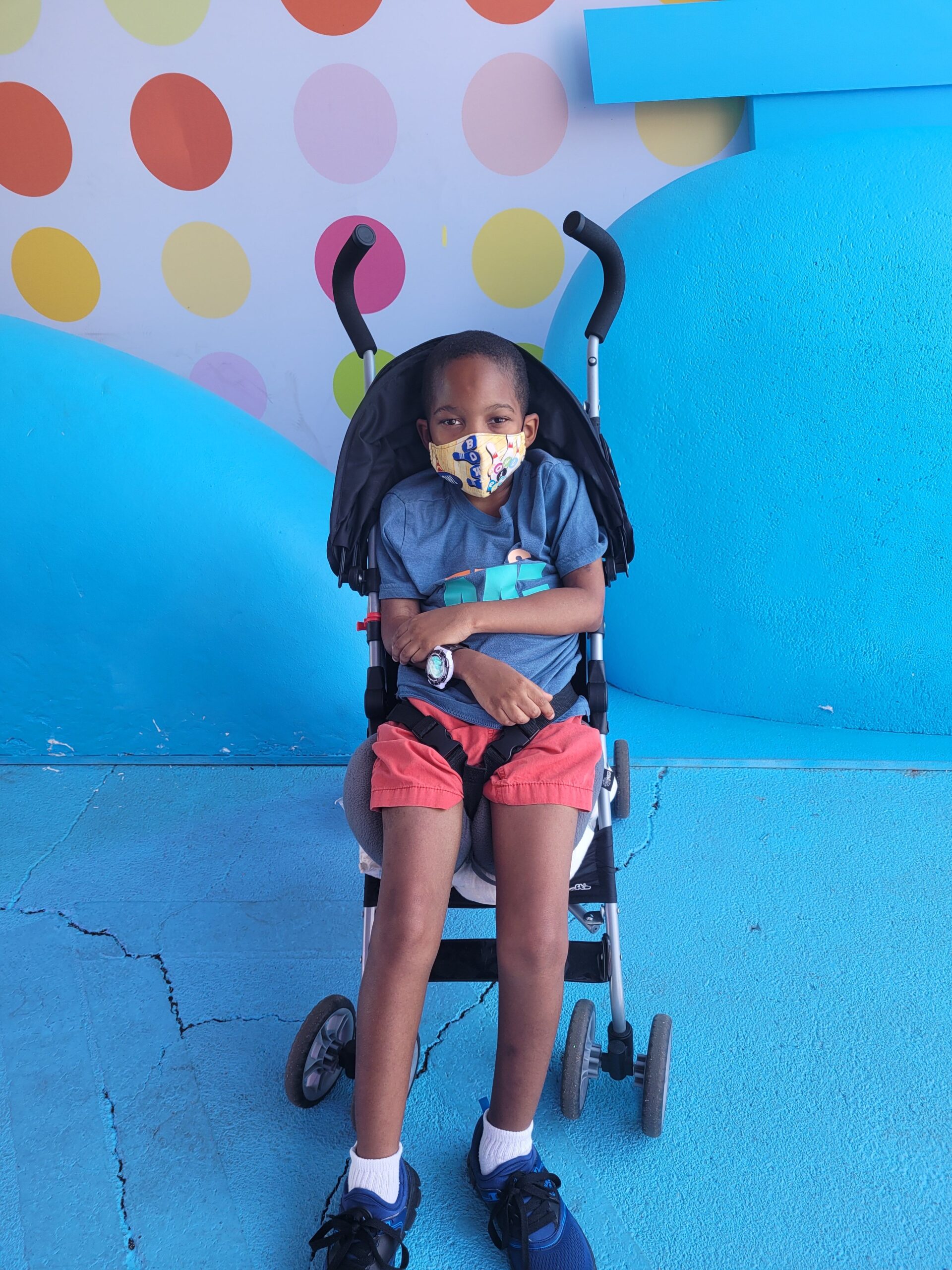 Meet nine-year-old Edward. He was diagnosed with juvenile dermatomyositis, which causes muscle weakness and inflammation. He also has an illness which creates calcium buildup. This limits his range of motion and frequently requires surgery. He becomes tired after walking long distances and uses a stroller to help. He has endured many more challenges but remains strong.

Edward has fun in a variety of ways. His favorite movies include any of the Lego films. He enjoys reading the Cat Kid books. Edward is a sports fan who roots for Chicago teams. Edward likes going bowling, too. He even has battle royals by playing Nerf guns with his friends. Edward is best known for his strength. Edward has gone through a lot in his young life. He is described by his family as a resilient soldier. He battles an ongoing war with his illness and always emerges with a determined smile as if to say, “I’ve got this covered!” He is truly an inspiring hero.

Edward needs a Rifton tricycle to improve his leg strength and ability to walk. The trike will also be an outlet for him to play outdoors. Please be his sponsor!