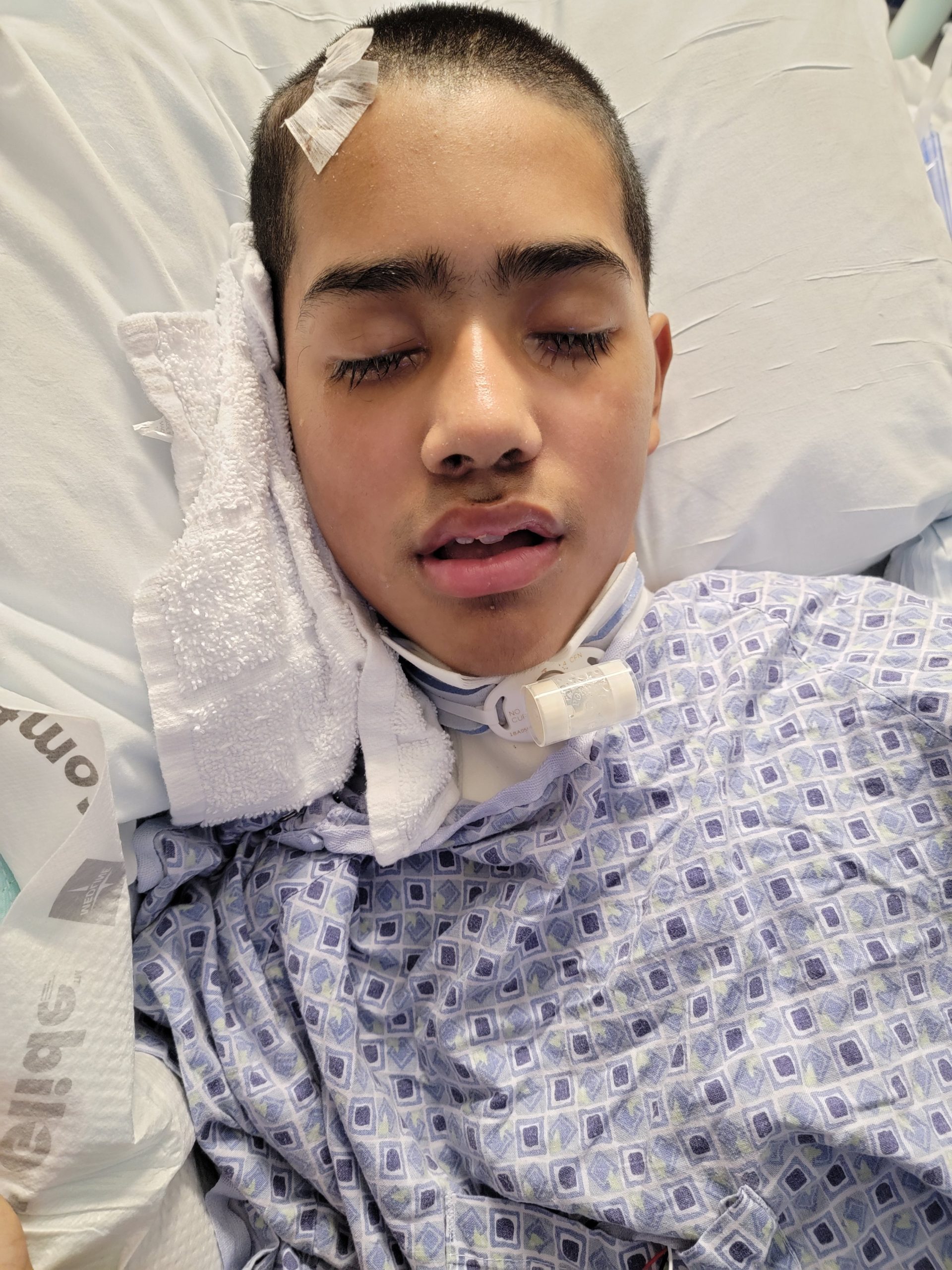 Meet 14-year-old Leonardo. He was born a healthy boy. Unfortunately, Leonardo’s life drastically changed after his last birthday. Leonardo was experiencing a sudden and severe headache. He quickly passed out and lost consciousness. He was rushed to the emergency room. Leonardo was unresponsive and his breathing was irregular. Thankfully, Leonardo was eventually revived. He suffered from a severe hemorrhage, and it affects him to this day. He is currently bedridden and severely cognitively challenged. He cannot speak because of a tracheotomy. Leonardo lost everything, but he hopes to get it all back.

Leonardo used to have many interests. He watched The Originals on Netflix. He recorded and edited videos of himself playing console games. He was even athletic and played football. He was an all-around sports fan. Leonardo, however, was mostly known for being a great kid. He always said hello and gave people hugs. He was appreciative of everything in his life, too. Leonardo is currently doing his best during physical therapy to regain these and other abilities. The simplest improvement would be a huge step for the brave boy. He has not given up and is determined to get better. Leonardo’s name suits him perfectly. Leonardo fights for everything like a lion.

Leonardo needs a ramp for his home. This is needed  to get a wheelchair. Please be Leonardo’s sponsor so he can begin to get his old life back!