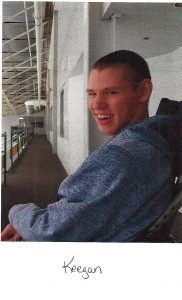 Keegan’s small bathroom modification is complete!  Thanks to a generous plumbing company, a new ADA toilet was installed in the family’s bathroom.  The 19-year-old was diagnosed with cerebral palsy and epilepsy. He is nonverbal as a result of his illnesses. Keegan is also unable to walk without using assistive devices. The young man’s challenges have strengthened his drive to be a normal teenager.

Keegan is similar to other cool guys his age. He has a growing appetite and is always hungry for chicken parmesan. Keegan might devour this meal while watching hockey on television, especially if a game involves his favorite team, the Washington Capitals. He even collects a variety of memorabilia from the exciting sport. Keegan’s best memory is going to a hockey game where he cheered with thousands of other fans. During quiet days at home, he prefers to relax while playing with apps on his IPad or listening to current pop music. Keegan may seem to be a typical teenager, but in fact he is far from average. Keegan’s courage defines him as exceptional.

The family is so happy with the new accessible toilet. It will make life so much easier for them. His previous commode was too low and made transferring difficult. Hooray for Keegan! 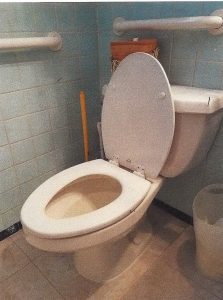 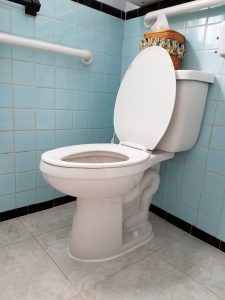