Robie is rolling on thanks to Wheelchairs 4 Kids! 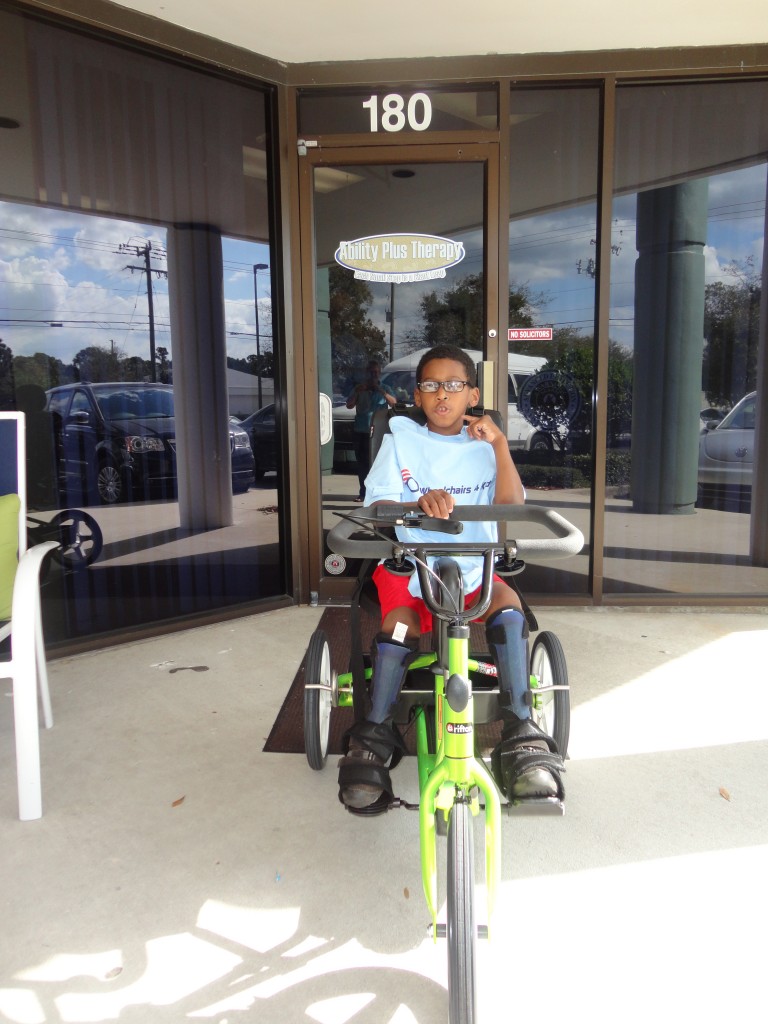 Robie is rolling on!  Wheelchairs 4 Kids provided Robie with an assistive tricycle to help strengthen his motor skills!  Go Robie!

Robie is a precocious 9- year-old.  He is overcoming the challenges of having Spastic quadriplegia, which is the result of Cerebral Palsy that affects his motor skills in both arms and legs.

However, the challenge does not hinder the resolve in Robie’s heart which showed as he proudly carried the torch for the Special Olympics. He is a sweet little boy with a variety of interest and might be called a pint-sized Renaissance man. He enjoys learning about history and astronomy. Robie knows all of the different planets in our solar system and he has renamed the moon.  It is now known as the Robie planet! The next time anyone gazes up at the bright moon in the velvet night sky, think of Robie.  Robie is a true explorer; his dream is to visit the Fantasy of Flight aviation museum in Polk City, Florida. Robie enjoys spending time with his mom rooting for the University of Florida Gators college football team.

His favorite movie is Titanic.  This heartwarming film gives Robie the warmest-of-all-fuzzes, especially when Celine Dion sings his favorite song “My Heart Will Go On.”  Robie enjoys a good laugh and a tickled funny bone when watching another of his favorites Madagascar and Thomas the Train.

Robbie loves all trains. When I was young the most famous train was “The Little Engine That Could.” This was a little train that had to climb a very large mountain. Powerful locomotives went up and over the mountain; the little train struggled against the difficult challenge, but the engine thought positively, “I think I can. I think I can.” And, the train conquered the mountain.

Robie is trying to conquer his own mountain; he fights against his condition to be more independent and with his therapeutic tricycle he can do just that!  With this and Robie’s positive “I think I can” resolve, one day he will say “I did it!”