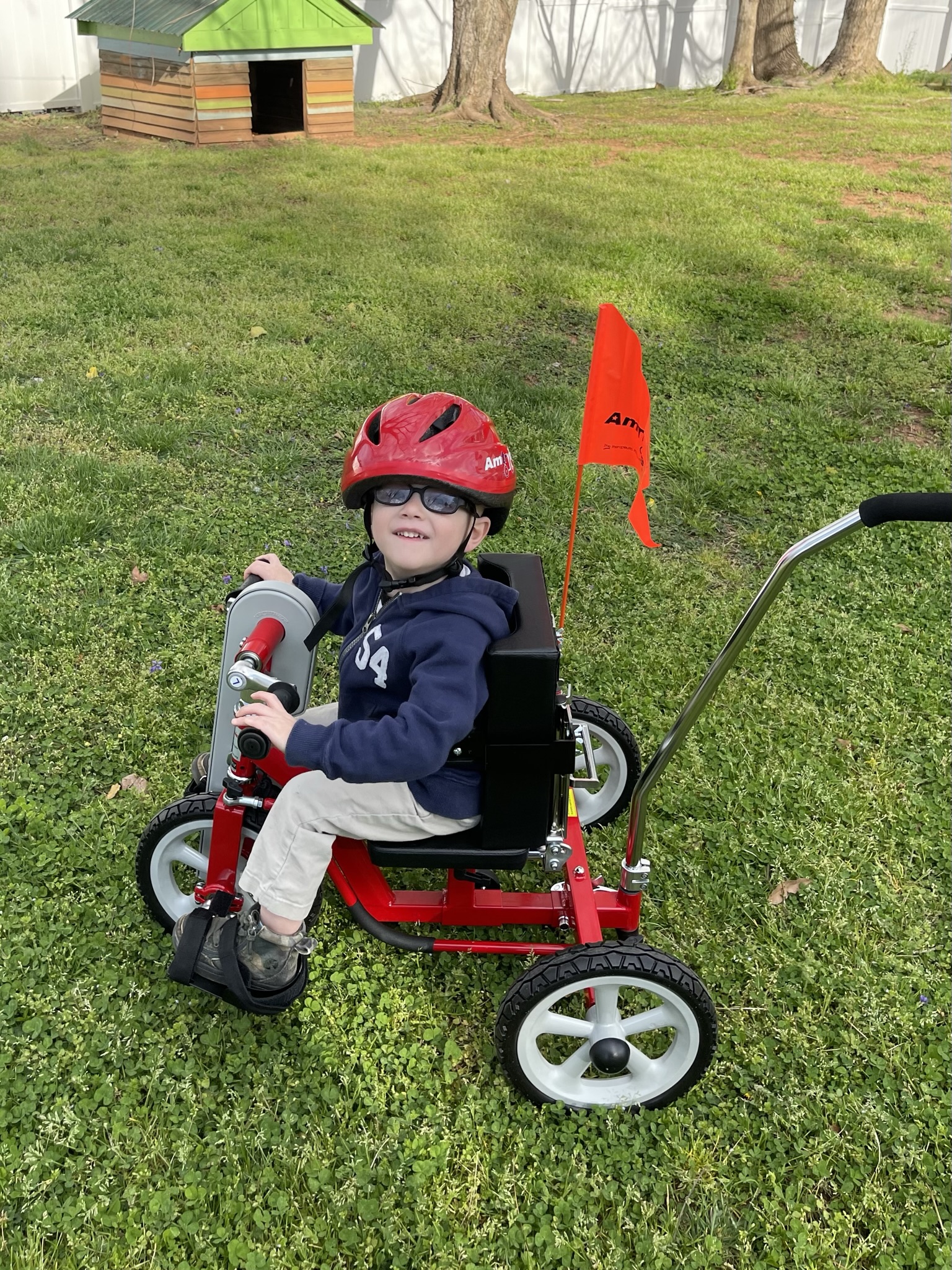 Meet two-year-old Caeden. He was diagnosed with cerebral palsy and epilepsy. Caeden can walk and run, but he has weakness on his right side which make simple tasks with his right hand nearly impossible. He gets tired easily and can only be active for a brief period. He has to endure frightening seizures that often come with a fever. He also uses adaptive technology to communicate. Caeden is a courageous boy. His bravery carries him through the day with the help of an awesome family.

Caeden was adopted by a family that is dedicated to his happiness and health. They play his favorite tv show and movie, Cocomelon and Cars, respectively. He listens to a variety of music with his sisters, but his favorites are children’s nursery rhymes. He likes watching high school sports, especially baseball and soccer. He enjoys perusing through books with pictures of animals. Caeden gets excited when he sees the real thing at a zoo. His favorite is a cow—he moos like them, too! He has a service dog who provides various assistance and endless kisses. Caeden is described by his family as a fierce fighter. He is determined to be healthy and as active as possible. He works hard at speech and physical therapy. He gets plenty of exercise by bouncing on trampolines. He does this and more and improves a little each day. He is a brave warrior who is winning in a battle against his illness.

Caeden needed a therapy tricycle to improve his overall strength and stamina. His current trike is too small and does not provide proper postural support. The new Amtryke tricycle he received will meet his needs while also providing a fun outlet to play outside. Special thanks to Athletes Helping Athletes for sponsoring Caeden. He is one happy little boy!!