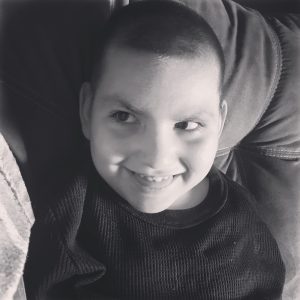 Meet six-year-old Nolan. Two weeks after birth he was diagnosed with encephalitis and meningitis that caused a severe brain injury. He was airlifted to a hospital and spent 10 days on life support. He has endured nine surgeries and many challenges. Nolan cannot walk or verbally communicate. He does make sounds and alters his breathing to signal his needs. Nolan is immensely joyful despite his trials.

Nolan is a very sweet child. He never cries, even after each of his surgeries. He is also very mischievous; he is sneaky and knows how to tug on heart strings to get anything he desires. His mom does not mind. She says that Nolan is her inspiration and she has learned from him the meaning of life. Take nothing for granted, and always remember brave Nolan.

The young boy needs an activity chair as an alternative to his wheelchair. The new equipment will also provide him with comfort while interacting with his family. Please be a sponsor for Nolan soon! 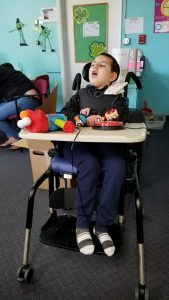