Mohammed gets a seating system! 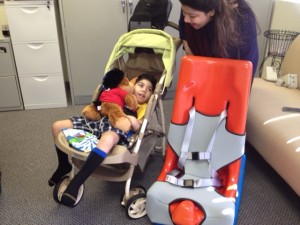 In January, 2014 Mohammed received a Tumbleforms seating system from Wheelchairs 4 Kids! Mohammed’s seating system provides him a means to comfortably sit in his home. The seat not only provides comfort but also stability, support and cushioning for Mohammed which makes him feel better and improves his movement.

Mohammed is a five-year-old boy lives with multiple illnesses, including Cerebral Palsy, epilepsy and severe developmental delay. These illnesses mean that Mohammed lives with many surmounting obstacles that no child should endure.  For example, Mohammed is unable to sit up or hold his head up independently.

Unfortunately, Mohammed cannot eat regular food and uses a G-Tube to get his nutrients.  Mohammed is also unable to communicate verbally like most 5-year-olds but instead communicates through facial expressions, smiles and clapping. His eyes sparkle and grin widens while listening to musical toys which are his favorite. The Mighty Mohammed overcomes with a fortitude that begins with a song that heals his heart.

We are so happy that Mohammed’s seat has delivered another smile to this brave boy and his mother! 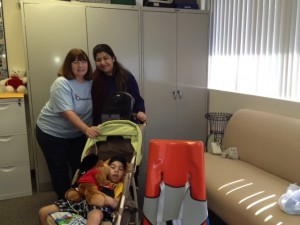