Silas gets a new Trike! 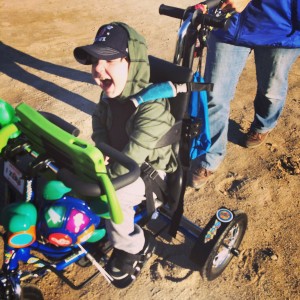 September 2014-Silas needed an adaptive tricycle and Wheelchairs 4 Kids helped him get one! The Freedom Concepts tricycle is allowing him to gain muscle strength while doing fun activities with his friends. The new bike has made it possible for Silas to get the therapy and achieve the inclusion that has opened up a whole new world for him!

Three year old Silas was diagnosed with Cerebral Palsy and Spastic Quadriplegia, and as a result he cannot verbally communicate. Furthermore, while most other kids can enjoy their favorite foods, Silas is only capable of eating using a tube. Nothing stops him, however, from being playful and happy.

Silas loves anything that gets his heart pumping and adrenaline rushing. If a ride moves fast, Silas wants to go faster. If a swing flies high, it’s still too low for the fearless boy. On days when Silas slows down, he loves listening to the ABC’s song and watching his favorite cartoon Super Why. Silas also just started attending pre-k at a special school. 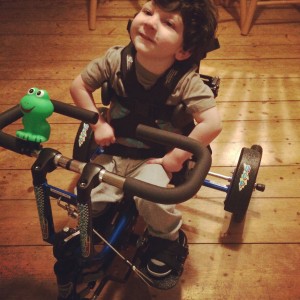